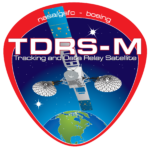 On July 13, NASA invited media representatives to view the TDRS-M Satellite inside the clean room at Astrotech Space Operations in Titusville, Florida. The satellite was at Astrotech to undergo its final testing and fueling prior to being encapsulated inside the payload fairings of the Atlas V rocket.

Arriving at Astrotech around 9:30 am, I checked in with security and picked up my visitor badge. The media event started around 10:00, starting with a conference meeting about what we can expect inside the clean room, what equipment was not allowed inside and who the contacts were for interviews inside the high bay.

Since the TDRS-M is a space communication satellite which means there are strict radio frequency requirements we had the meet to get into the clean room. This meant we had to leave items such as, key fobs, cellphones, Fitbits, Bluetooth devices, wifi devices and even wireless microphones behind. I was in a little bit of a panic mode since my 6d has built in wifi and GPS and my Samsung Gear 360 has bluetooth capabilities. I was not able to take the gear 360 inside the clean room, however the Canon 6d was cleared as long as I showed Astrotech personnel I did not have the GPS and wifi enabled.

For me, these kinds of visits to clean rooms will never get old. This communications satellite will be able to talk to other amazing spacecraft such as the International Space Station, Hubble Space Telescope which captures some of the most amazing images of the universe and spacecraft in deep space. It is a rare opportunity to see a satellite in person, assembled and just weeks away from being launched into orbit and for that, I am honored to have been able to photograph it.

I was able to capture some amazing 360 VR photos inside the clean room, which you can check out below. There are two VR panoramic images inside the tour below so make sure you view both.

The last time I was inside a clean room for a media opportunity was to view the Orion Spacecraft inside the Operations and Checkout Building over at the NASA Kennedy Space Center.

Learn more about the TDRS-M mission over at SpaceNews360