Back in 2015, I took a trip to St. Augustine, Florida, and was able to take some images around the Mission Nombre de Dios. While there, I captured five 360-degree spherical panoramic images at this historic location on Florida’s east coast. You can view the Great Cross, the National Shrine of Our Lady of La Leche, and other areas on the mission grounds in the five 360-degree panoramic images below. 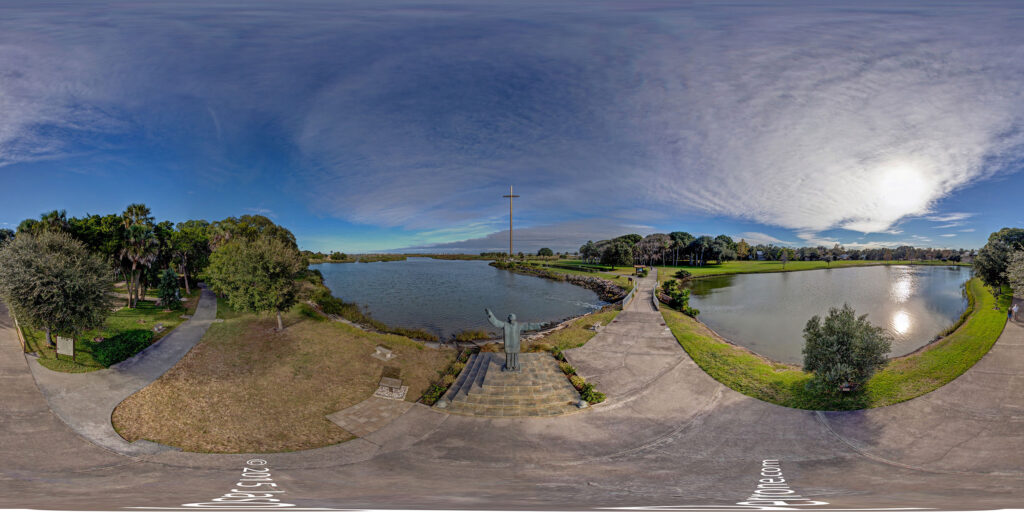 The mission is located in St. Augustine, Florida, on the west side of the Matanzas Bay and to the north of the Castillo de San Marcos National Monument. The mission is considered to be one of the oldest in the continental United States. Located on the grounds is the National Shrine of Our Lady of La Leche, which you can see in the above 360-degree tour, and is also considered the oldest shrine in the region. The mission can trace its origins back to September 8, 1565, when Admiral Pedro Menendez de Aviles arrived to settle and found St. Augustine. Also on the grounds is the 204-foot tall cross. The Great Cross, as it is called, was dedicated to Archbishop Casimiro Morcillo of the Roman Catholic Archdiocese of Madrid in 1966 to celebrate the 400th anniversary of the founding of the mission.