Last Sunset of 2016 from Clearwater, Florida.

The Last Sunset of 2016 from Clearwater, Florida.

On December 31st, 2016, I decided that a sunset photo on the last day of 2016 would be fun. So being adventurous, I thought I would drive to Clearwater, Florida across the state to capture the sunset from Florida’s west coast. Leaving for the west coast around 2 pm, I had the perfect place picked out.  While driving I must have hit the wrong destination as I ended up at Clearwater Beach instead of the Sunset Beach area I was planning for. Arriving in Clearwater and not being able to find parking beachside, I drive back to the river and set up my cameras.

I shot some HDR images with my Canon 5d mk ii, some 360° photos with my Canon 6d, a couple of 360° videos along the river, and had a few minutes to fly the drone for some aerial photos. 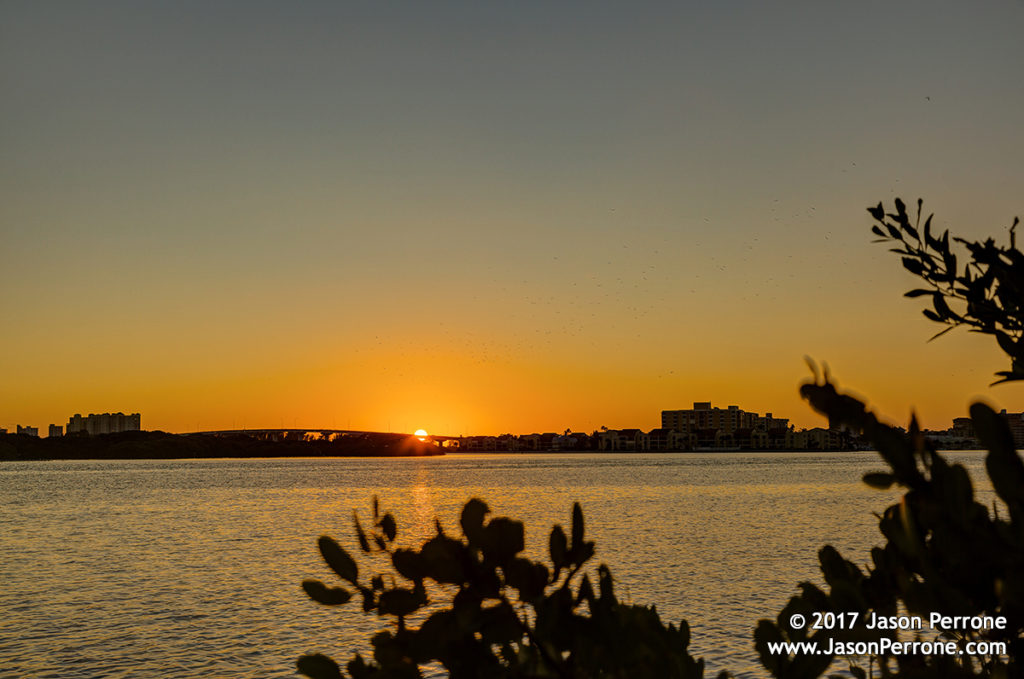 This is the first 360 degrees VR video that I have shot with the Samsung Gear 360 camera. The camera is really cool and allows for shooting 360 VR video in 4k. My only issue is that the Bluetooth connection would drop easily and I was only about 15-20 away on the other side of the bushes. Even though the connection dropped the camera still recorded footage which is great. Let me know what you think of the video below.

The video below should be nice and sharp. If the image is blurry please check the resolution setting and make sure it is on 4k


After the sunset, I decided it was best to head home before midnight. When I was leaving Clearwater, I noticed the “Welcome to Clearwater” sign lite up and had to turn around to get some long exposure 360° photos. The sign is lit up nicely at night with elegant blue and green accent lighting.

For a spontaneous adventure or “panoventure” I had a lot of fun traveling to the west coast of Florida. The area is beautiful so I will have to plan more trips to the Tampa area in 2017.