On November, 29th 2019, I visited Florida’s Historic Capitol Museum. I was able to capture a few 360-degree panoramic images while soaking up all the historical facts about Florida and its state capital, Tallahassee. I wish I had more time to spend in the Capitol Museum as there was so much information to take in and see.

View the five 360-degree panoramic images I captured while I was at the Capitol Museum below. 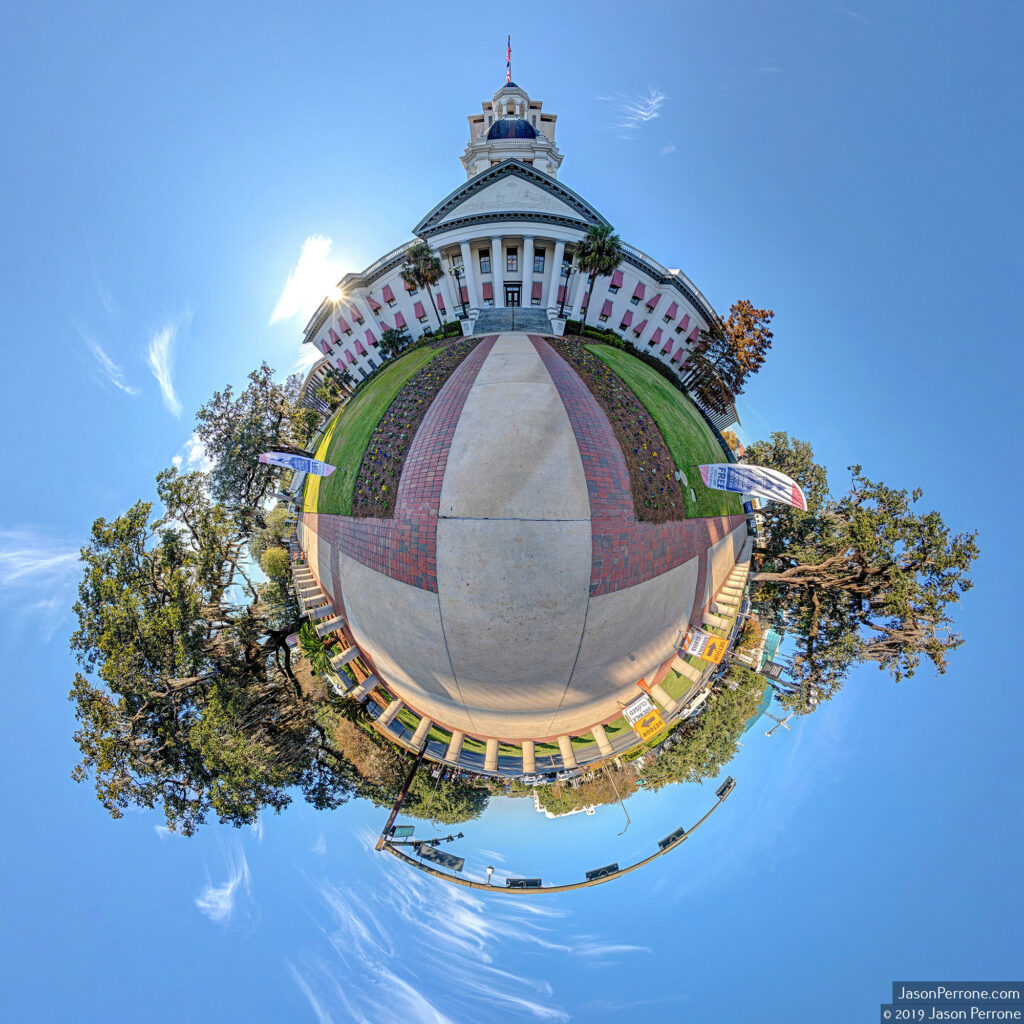 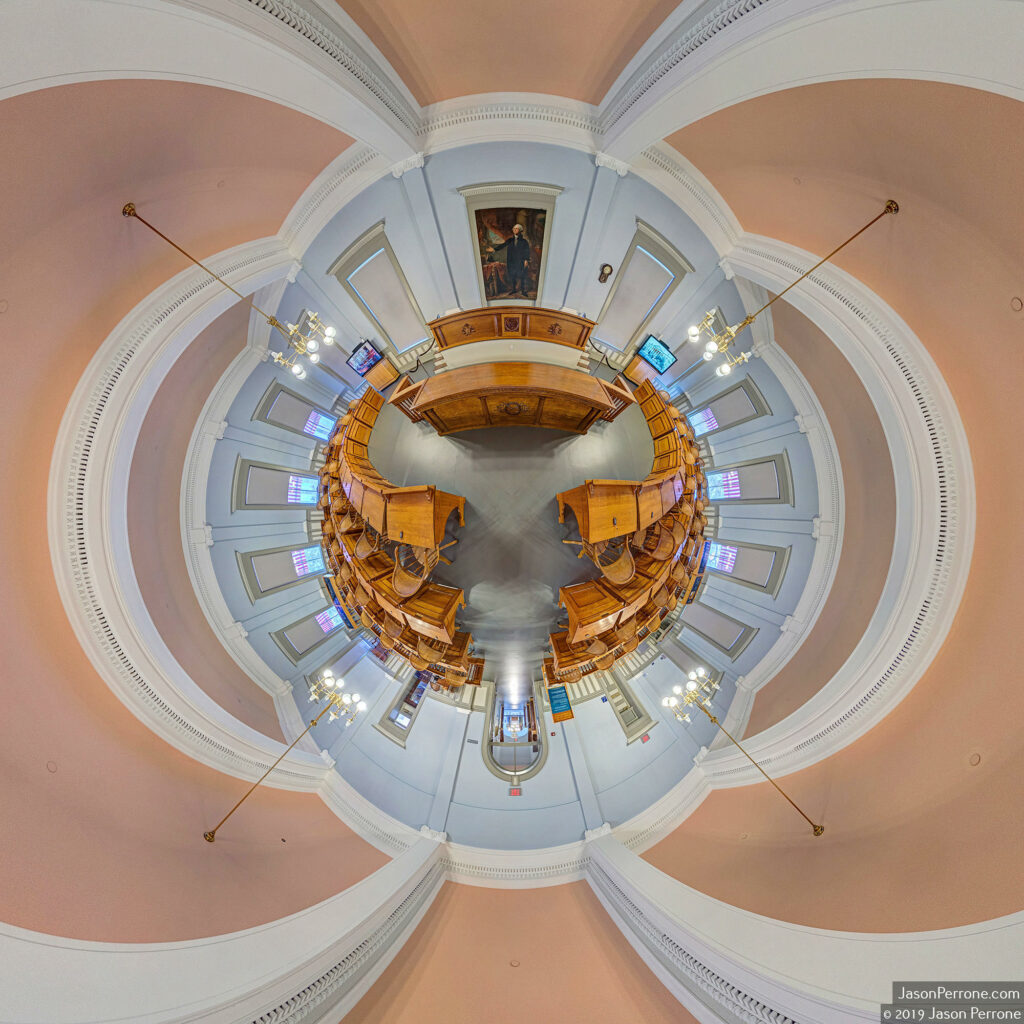 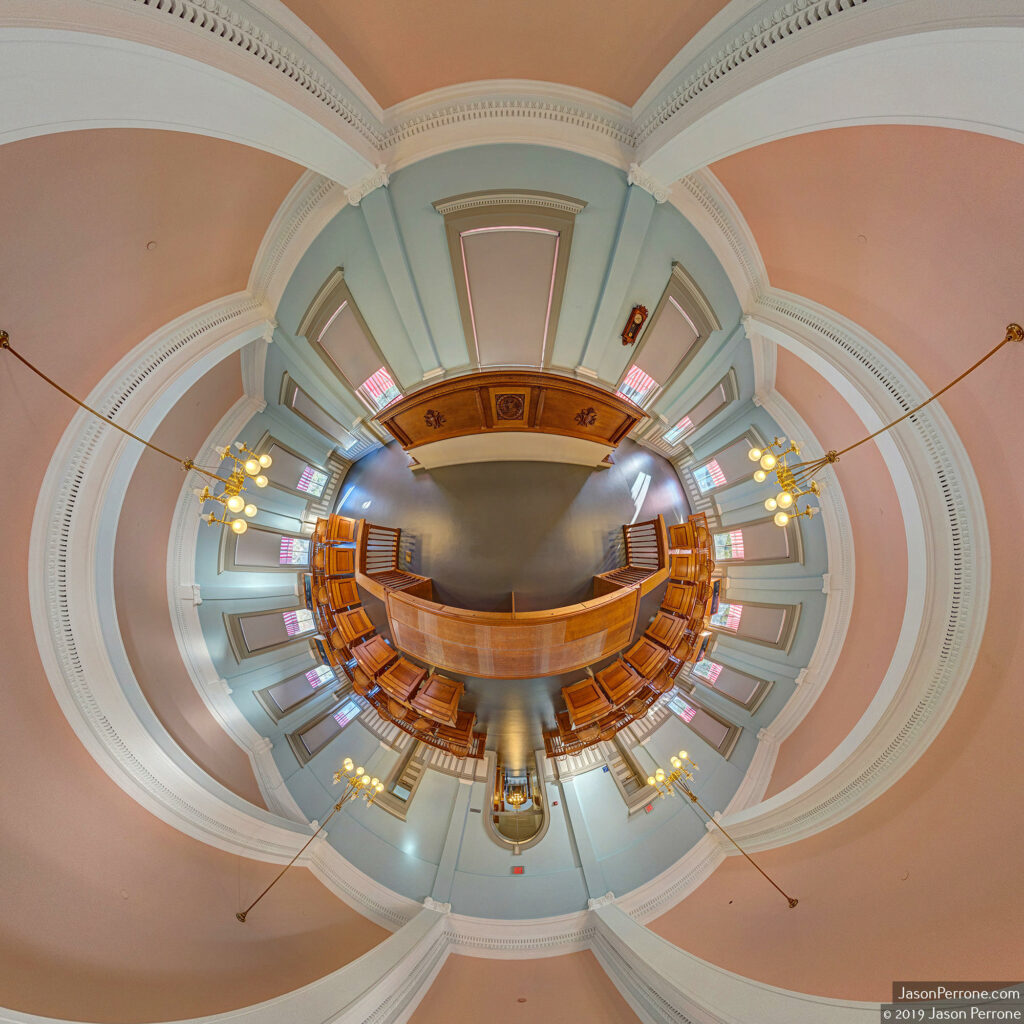 To create these 360-degree panoramic images, I decided to shoot in HDR to maximize the dynamic range within the building. I shoot in full manual mode to make sure the exposure, focus and other settings are the same throughout the whole image. Some will say to shoot in AP mode or Aperture Priority mode, however, your ISO or shutter speed might change based on the amount of ambient light in the direction you are shooting. Therefore, its best to shoot in full manual where you can control or lock in the settings. If you have questions about the shooting process or how I create these 360-degree interactive panoramic images or little planet / tiny planet images, please leave a comment below.

About the Historic Florida Capitol

The historical Florida Capitol building is an architecturally and historically significant building, which is on the national register of historic places. Built-in 1845, the Historic Florida Capitol is often referred to as the “Old Capitol.” Since being built, the Old Capitol has seen several additions throughout the years. Frank Millburn made the first expansion in 1902 by adding the classical style dome. In 1923, Henry Klutho added two new wings and a marble interior. Finally, large wings for the House and Senate chambers were added to the north and south ends of the building in 1936 and 1947, respectively.

Threatened with demolition in the late 1970s when the new Capitol was built, The Historic Capitol was saved through citizens’ actions and was restored to its 1902 appearance. Architectural highlights include the elaborate art glass dome, red and white striped awnings, and a representation of the Florida State Seal over the entry columns. The restoration of The Old Capitol (1978—1982) was conducted under the supervision of the Department of General Services in conjunction with the Department of State. This intensive project of historical and archaeological investigation makes Florida’s former Capitol one of the most thoroughly documented restoration projects in the nation.

Today, the building is a museum that is open to the public daily and has 21 rooms and 250 artifacts that trace Florida’s history. To learn more about the museum, visit the official website.