In December 2021, I took a trip to North Carolina, and during this trip, I decided to visit the Linn Cove Viaduct around sunset to get some nice aerial 360-degree panoramic images of the Blue Ridge Parkway, Grandfather Mountian, and the surrounding area Despite my Ipad only having 5% battery life, I was able to fly my drone long enough to capture the below five (5) aerial panoramic images.

Equipment and software used to create the above 360-degree panoramic images: 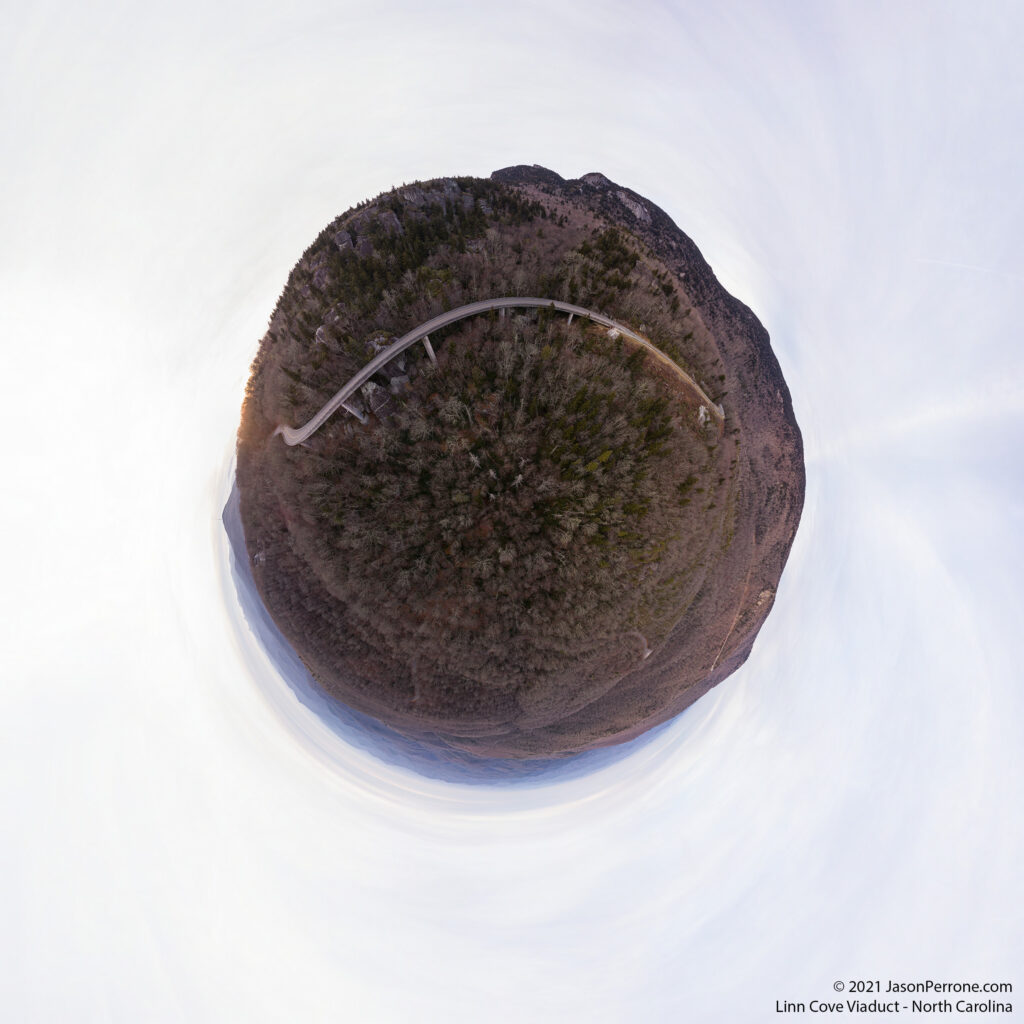 About the Linn Cove Viaduct

Costing 10 million dollars to construct in 1983, the viaduct is 1,243 feet long and contains 153 segments weighing 50 tons each. Only one of the 153 segments is straight. The viaduct was the last section of the Blue Ridge Parkway to be completed and is considered a marvelous feat of engineering and environmental protection. You can read more about this section of the Blue Ridge Parkway on the National Parks Service website.