On May 26th, 2021, I decided to hike to both Hooker Falls and to Triple Falls, below you can see some 360-degree panoramic images I captured at the Hooker Falls area prior to hiking over to Triple Falls to capture more 360-degree panoramic photos. The hike to the Hooker falls is fairly easy and about a .5 mile hike to the waterfall through mostly covered trails. This location is also a popular swimming hole for locals and tourists alike. In one of the 360-degree images below, I was standing where the old mill used to be. Let me know what you think about the photographs in the comments below.

Here are some still images I captured with my iPhone

Hooker Falls is a 14-foot waterfall located in the DuPont State Forest in the southeast of Brevard, North Carolina. The waterfall is located on the little river and is one of 4 major waterfalls on the Little River in this area, the others being High Falls, Triple Falls, and Bridal Veil Falls. The Falls has been known for years to local residents and was named for Edmund Hooker, who operated a mill below the falls in the late 1800s. At the time, it was named Mill Shoals Falls. The Falls were in the movie Last of the Mohicans as the falls the characters go over in canoes.

In the 1990s, DuPont Forest was sold to the State of North Carolina, and as DuPont has completed a cleanup of various areas, those areas have been made open to the public.

You can learn more about the falls and surrounding areas on the DuPont State Forest website. 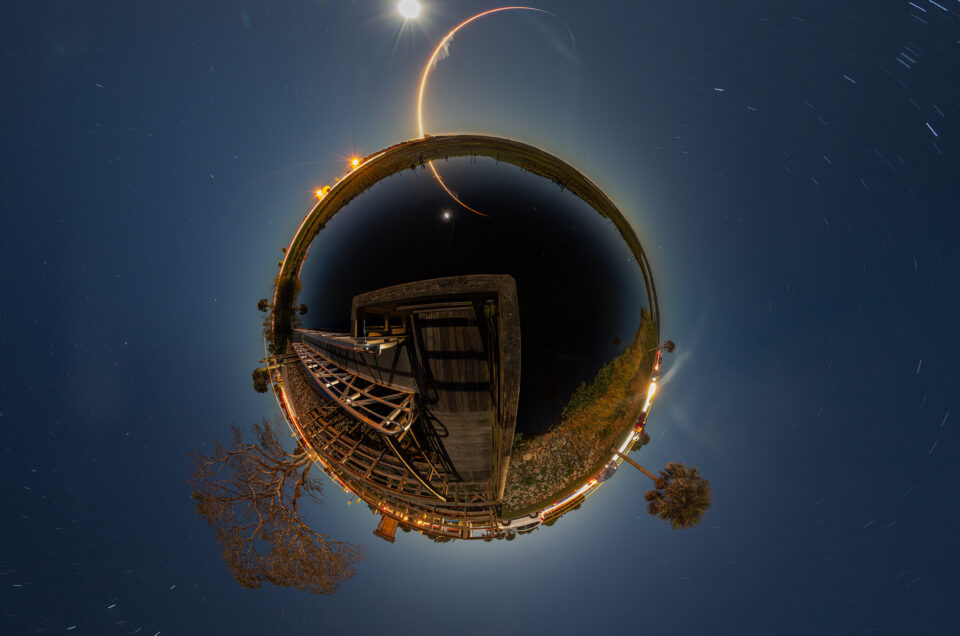 […] distinct cascades that drop a total of about 125 feet. To access the waterfall, you can park at the Hooker Falls parking area and take the 1-mile round trip hike to the Triple falls overlook or hike down to the […]