Back in June, I stopped at the Morgan Cabin on the way back to Asheville and decided to capture some 360-degree images of the location. I didn’t realize it was almost 5 pm and the museum was about the close so I was only able to get images inside the Morgan cabin. Below is a self-guided virtual tour with seven 360-degree images I captured at the cabin.

About the Morgan Cabin

Originally built in the 1880s, by William Bloomfield Rumfeldt, the log cabin measures 19 feet by 26 feet with a roof of cedar shingles. An interesting fact about the cabin is there are 13 logs, 13 beams, and 13 joists, which was an Appalachian belief this would bring good luck. When Mr. Rumfeldt moved to nearby Shelby, he gave the cabin to his daughter and her husband. A few years later, the government seized the property for back taxes, when John Mostiller bought it from the government. At some time the property was acquired by the Morgan family, hence the name of the cabin.

The Mountain Gateway Museum acquired the cabin in the late 1970s. At this point, volunteers and staff moved the cabin piece by piece to its current location next to the Stepp Cabin.

Learn more about the museum on its official website. You might also find these locations interesting, the Poinsett Bridge, Linn Cove Viaduct, or Jump Off Rock Park. 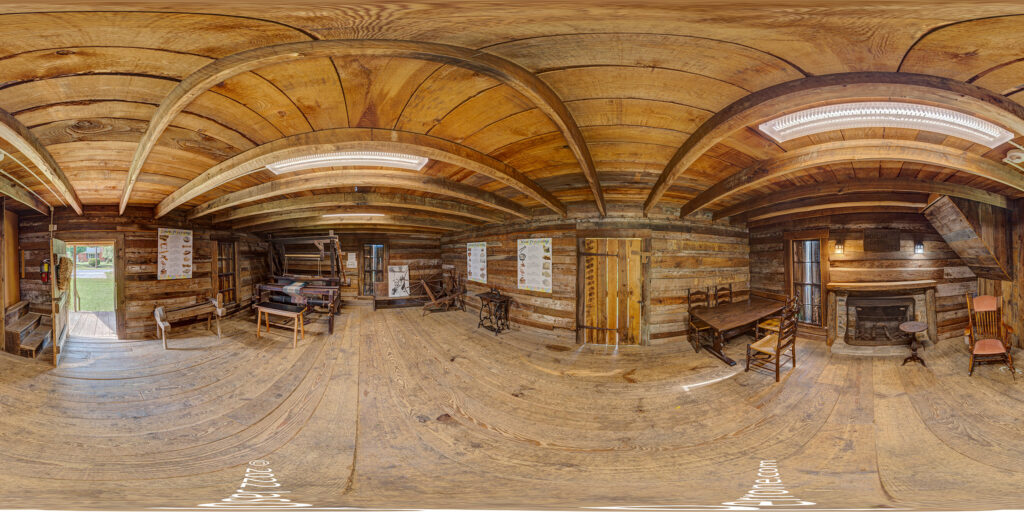 A 360-degree panoramic image inside the Morgan Cabin at the Mountain Gateway Museum in Old Fort, North Carolina. Image date 6/2022 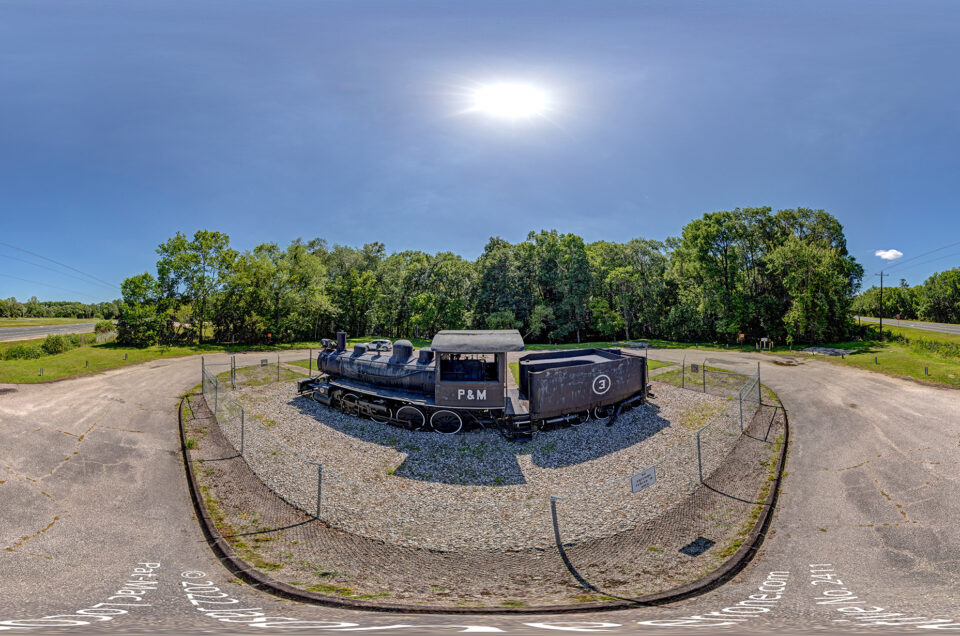